How to Test Whether Life is Worth Living (Test Three: The Extra Life Test)

In part one, I went through Smuts’ article on certain tests on what makes life worth living. I went through Camus’ Suicide Test and showed Smut’s argument on why it fails.

In part two, I went through mainly Nietzsche’s Eternal Recurrence Test and showed Smuts’ argument on why it fails.

In this post, I’ll look at the third test motivated by Cicero and Hume called the Extra Life Test. 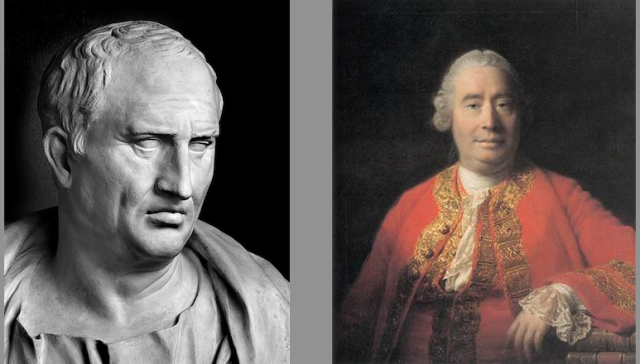 Cicero imagines Cato on his deathbed, who lived a life of accomplishment and learning.  Cicero imagines Cato being offered another life to live, and Cato declining this offer.  Hume through Philo supports Cicero’s pessimism.  The point is that Cato is a person who has accomplished much and is considered to have lived one of the best possible human lives, even a worthy life.  If Cato declines, then human life must not be worth living because a great person who lived a great life declines to relive it.  The conclusion, therefore, is that if someone lived a worthy life, one would want to live it again if given the choice.  Here we have a formula:

Extra Life Test: Life L is worth living for person P iff P would choose to live another life, L’, after L.

Before I move on, I want to make a comment on Cato’s conclusion above.  The test isn’t the problem; rather, it’s the usage of Cato to derive the Extra Life Test.  From what I’ve gathered, Cato was considered one of the best people to have ever lived.  The reason for this evaluation is because he had a life worth living.  However, from Cato’s statement (derived from Cicero), he would not want to relive it.  Therefore, based on Cicero’s and Hume’s pessimism, life isn’t worth living because even the greatest person who has ever lived wouldn’t want to have another life.  In a way, Cato is an expert at living a worthy life, and if someone with Cato’s caliber wouldn’t want to live again, and by following an expert’s guide would be helpful to living one’s own life, then we wouldn’t want to live another life again.

Anyways, this doesn’t detract too much from Smuts’ argument.  What are some of the problems that Smuts has?

Problem 1: We lose a sense of personal identity.  If you lived your life L, and then was reborn into life L`, can we say that the reborn person is really you?  When you are reborn, you may have another life, but this life is not continuous with your previous life?  After all, your memories would be gone as soon as L ends.  Everything that you knew and gained in L would be lost.  Reliving a life not only means that you wouldn’t have the same body, but it also means you wouldn’t have the same mind.  In other words, P doesn’t just have L and then has L` right after.  Rather, as soon as P lives out L, P would not have L`; rather, it could be P` who has L`.  In which case, there is no “reborn” because it’s just a different person living a different life.  This, of course, assumes that one’s identity is based on the body or the mind, and not the soul.  However, even if it was the soul that was being reborn, it still seems to give not much importance.  After all, suppose that as soon as I die, my soul would be reborn again.  However, the caveat is that I would have a new body, and my memories, personality, knowledge, and anything mental would be lost.  Thus, I would gain a new mind.  The only thing that would remain the same would be the soul.  Now if that is the case, my intuition would be: “who cares?”  If my soul survives but I don’t even remember previous lives, memories, or experiences, then what do I care what happens?  Suppose that my life right now is L`.  I don’t remember my previous life or memories.  So why should I care what happened to my previous life if I don’t remember it?  Indeed, it’s as if the previous person was a different person.  With that, I agree with Smuts that it doesn’t matter what happens to “me” in L` because I wouldn’t remember it.  However, what if we changed the circumstances?

Reply: What if P could remember everything that happened during L?  What if while P is living L`, P does keep the memories, experiences, and knowledge of what happened during L?  What then?  If that’s the case, then we don’t lose a sense of personal identity.  Thus, I don’t think Smuts considers the full capacity of this test in terms of personal identity.  I could continue with this line of thinking, but the next problem is much more convincing.  Smuts has another problem with the extra-life test.

Problem 2: Suppose that P could be living L`, it doesn’t follow that if L is worth living, then L` would be too.  Living L and finding worth in it doesn’t imply that one would want L`.  Perhaps living L is enough.  Maybe living one life is satisfactory, and having another one may not be worth it.  The quantity of something does have limits in terms of what we desire.  After all, just because one Snickers bar satisfies you, it doesn’t imply that you’d want another immediately right after.

What about some objective criterion for living another life?  What would that look like?  Smuts doesn’t offer one because he doesn’t think it’s tenable.  However, I think a formula would look like this:

Objective Extra Life Test: Life L is worth living for person P iff P should choose to live another life, L’, after L.

This formula is weird.  Imagine someone approaching you saying that since you’re life has worth, you ought to have another one.  Apply that with any artifact: “that Snickers bar was worth it.  You ought to have another.”  I don’t know about you, but that would be a weird statement.  First, I’d have to ask the other person how one determines what the worth of life is.  This goes back to what Smuts’ project is all about: namely that he’s not looking for a theory of a worthy life, but to test out certain general concepts to test our intuitions to see what makes a life worth living.  Secondly, why should I live another life?  Regardless if my life is a worthy life, why live another?  Again, this goes back to problem 2 mentioned before.  As before, there is no necessary nor sufficient condition between a worthy life L, and whether one ought to live another life, L`.   Thus, the objective extra life test does not work.

In the next post, I’ll look into the Job test.

I have just completed a visiting position as an assistant professor at Dalhousie University. My ideas are not associated with my employer; they are expressions of my own thoughts and ideas. Some of them are just musings while others could be serious discussions that could turn into a bigger project. Besides philosophy, I enjoy martial arts (Kuk Sool Won), playing my violin, enjoying coffee around town, and experimenting with new food.
View all posts by shaunmiller →
This entry was posted in Article, Hume and tagged Article, Hume. Bookmark the permalink.

5 Responses to How to Test Whether Life is Worth Living (Test Three: The Extra Life Test)