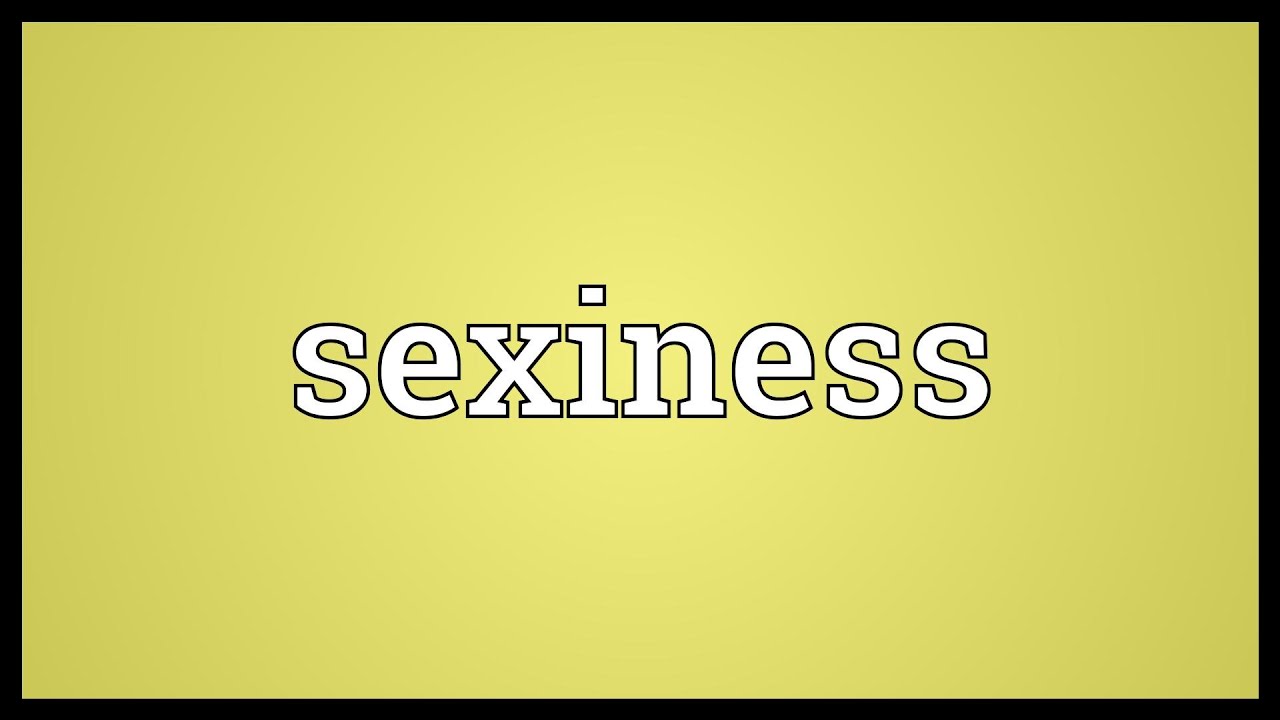 In my last post, I looked at Lintott’s and Irvin’s article about changing the way we perceive people as being sexy. They argue that we ought to see people as sexy subjects, meaning that we can respect people and also “see their body as infused with an expression of self and animated by their own sexual identity.” But now I have some concerns with this project.

1. The first is definitional. It seems that they’re redefining sexiness based on someone being confident and assured of their sexuality. What’s troublesome is that, at least in our society, many men are confident and assured of their sexuality, even in heteronormative ways. Many women are not simply because social norms and oppressions consider that inappropriate. After all, in our society, most women are not confident about their sexuality; they may like sex but because of systemic pressures and cultural expectations, her confidence of her sexuality may not be as high as men’s. Thus, it seems that through the author’s reevaluation, many men are considered sexy, but many women are not. After all, it’s rare to find an Amy Schumer or a Lena Dunham compared to the millions of women who don’t like to express their sexuality. Moreover, it’s much easier to find men who are confident about their sexuality than it is to find women.

2. The authors state that being genuine in their sexiness is what makes them sexy. Being genuine could mean “originality, comfort, confidence, playfulness, and a sense of improvisation, whereas conformity, discomfort, insecurity, and strict adherence to norms will be evidence of a lack of genuineness in sexual expression” (306). Many people may not be confident of their sexuality until they’ve reached an age of figuring out who they are in terms of their sexuality and especially their sexual identity. Take for example many adolescents. Most of them are not sexually confident. Sure, the majority of American have had sex by the age of 17, but they may not be confident of who their sexual identity is. In high school, most of them are concerned with fitting in and not standing out. If being sexually confident is to stand out, then they are very likely going to avoid that. And if being sexy is to be sexually confident, then many high school students wouldn’t be considered sexy based on the author’s criteria. If it’s true that most people don’t have a strong sense of who they are when expressing their sexuality, then most people wouldn’t be considered sexy. It seems odd that we shouldn’t consider someone sexy because they aren’t sure of their sexual identity.

3. There are many people who aren’t sure what sort of sexual identity to have, which may make them lose confidence as to how to express their sexuality. Many trans* folks may still be confused as to how to express themselves, for example. People who are LGBTQIA+ may try to figure that out. If sexuality is fluid as most sexual researchers say, but we live in a society that sees sexuality as more or less stable, then those who are sensitive to being flexible may be misinterpreted as not being confident. Indeed, those people may not be confident because they aren’t sure how to express themselves sexually. We still see this in our culture where bisexuals are not considered a serious orientation because they “haven’t made up their minds” or are “faking” their sexuality. These messages could undermine one’s confidence and thereby not willing to express their sexuality. So then people in the LGBTQIA+ community may not be considered sexy, according to the author’s criteria since many of them may not be sexually confident.

4. Could sexiness be taken away? Suppose you’re in a large city that embraces sexual diversity and they have no problem with your sexual expression. But now suppose you move to another city that is smaller and conservative. They follow heteronormative standards rigidly. Being new to this town could affect how you are treated if you were able to express your sexuality fully. Because of these rigid constructs, you feel uneasy to express yourself. It seems that this new town has affected your confidence and thus your sexuality. This new town, therefore, has taken away your ability to express yourself and thereby your ability to be sexy.

5. Finally, is it possible to go overboard with the sexiness to the point of ridiculousness? This may not be a good example, but imagine various people on the Jerry Springer or Maury Povich show who flaunt their sexuality, but over dramatically so. The flaunting isn’t done in a sexy way, but it almost parodies the flaunting nature. Of course, this could be because the producers and editors make the clips in such a way where the presentation is overly dramatic, and to be honest, I’ve never encountered this overly dramatic flaunting nature in real life, but we can still imagine it and even witness it on a tv show.

There are many people like this where they flaunt their sexuality and they don’t care what others think of them. They are definitely confident and they are “see[ing] their body as infused with an expression of self and animated by their own sexual identity.” But are they sexy? The authors would have to say yes, but I’m not so sure. Yes, seeing someone expressing their sexual identity is sexy, but the way they flaunt this isn’t sexy, at least not to me. I wouldn’t even say it’s flaunting. Rather, it’s just being narcissistic. Now, I’m sure the producers overplay this just to get ratings, but suppose these are real representations. Granted, maybe something is wrong with me and I have to go through an internal ethical project where I have to change my perspective to see them as sexy. Nevertheless, should we consider them sexy? I can’t empathize with them. Again, is that my problem? The authors state that we should consider someone as desirable, not necessarily someone you experience desire for. Thus, a lesbian could consider a man sexy, according to the authors. Maybe that’s my problem: I can’t even consider the people above as desirable. But perhaps if I shifted and expanded my concept of sexiness or desirability, maybe I could?

Next, the authors state that we ought to cultivate the habit of recognizing sexiness. But how do we do this? This is a psychological question more than anything. How do we learn to experience this person now as sexy when we didn’t originally before? Is the sher will doing the work here?

If sexiness isn’t about external bodily beauty standards, but more about how such beings carry themselves in a sexualized way, could this be true for nonhumans? Take, for example, Samantha from the movie Her. Could Samantha be considered sexy in the way the authors have suggested? Samantha is an artificial intelligence operating program and who eventually gets involved in a relationship with a user. I hope I’m not giving any spoiler alerts, but she seems to carry herself in a sexual way, perhaps to the point of what the authors consider sexy. What makes this interesting is that Samantha doesn’t have a body. Well, not really. I mean, she’s in the computer and she’s in the user’s phone. But since she can leap from the computer to the phone, then she’s in the cloud in order to do the leaping. But the cloud isn’t really a place (forget about how it’s all storage in some unit in Silicone Valley). If the leaping can be done wirelessly, then Samantha’s body is diffused throughout space and as long as you have a strong Wi-Fi (presumably), then you can access her. So Her actually makes a stronger case for the author’s claim: it’s not the outward appearances, but the way you carry yourself in a sexual way. However, the author’s do say that “[t]o find a person sexy…is to see their body as infused with an expression of self and animated by their own sexual identity” (305, my emphasis). And yet, Samantha has no body, but we could still say that she carries herself, her persona, and is animated by her own sexual identity. I do think she has a sexual identity, but she has no body that performs that, unless you count the various bodies she has (e.g. computer, cell phone, human surrogate). But again, her body becomes exceptionally fluid and she can leap from body to body. Is she still sexy? According to the author’s criteria, I’m not sure.

And so we reach the end of this post. I’ve looked at Lintott’s and Irvin’s article about changing the way we perceive people as being sexy and I’ve given five concerns about this project. Moreover, there are a couple implications we can gather from this project too. Overall, I think this has a fine contribution in bodily aesthetics and the importance of what it means to be sexy. Their new criteria could use some improvement, but it certainly has improved the old standard model of sexiness = mere sex object.

I have just completed a visiting position as an assistant professor at Dalhousie University. My ideas are not associated with my employer; they are expressions of my own thoughts and ideas. Some of them are just musings while others could be serious discussions that could turn into a bigger project. Besides philosophy, I enjoy martial arts (Kuk Sool Won), playing my violin, enjoying coffee around town, and experimenting with new food.
View all posts by shaunmiller →
This entry was posted in Culture, Ethics, Paper Topic, Sexuality, Values and tagged Culture, Ethics, Paper Topic, Sex Objects, Sexiness, Sexuality, Sexy Subjects, Values. Bookmark the permalink.