When it comes to having sex with one, a few, or lots of peole, sexologists consider this sociosexual orientation, or sociosexuality. Let get some terms down.

Sociosexual orientation, or sociosexuality: the willingness to engage in sex outside of a committed relationship. Now this orientation can be broken into two different components.

One detail to note is why and how these are orientations. Of course, this gets to the terminology, the history, and the meaning behind “orientation.” There has been so much written about that and I don’t want to focus on that in this post. I’ll leave the word “orientation” in for now, but I will dedicate a future post to orientation and see what that means.

The approach I’m considering is perhaps phenomenological, but it has to do with a specific approach to desiring sexual variety. It is not because of hypermasculine expectations or peer expectations in terms of what is expected of you, but more of a developmental understanding of your sexual self, particularly whether you’re more of a diverse approach, or more of a just one-to-one approach. Perhaps an analogy would help. It’s going to be a bit cumbersome, and there will be some disanalogies, but I’m hoping that you will see my point through the analogy.

Playing Tennis. Think of tennis players, especially those who are pros. For them to develop their craft, they need to experience playing with different tennis players. I’m not talking about novices vs. experienced players. I would suggest that even experienced players like to play among different players just to help develop their skills. Indeed, the more players you play, the better you are as a player. Playing a diversity of players makes you not only better at your craft, but a more well-rounded tennis player. You expand your sense of “tennis self” through playing different people. Maybe Pete Sampras swerves the ball one way and Andre Agassi hits the ball in another way. Maybe Serena Williams’s backhand has a certain force where you need to learn how to handle it that no other player has. Maybe Maria Sharapova is really good at delivering approach shots. In short, playing these different players makes your tennis skills more virtuous (aka excellent), but also gives you better sense of your own particular “tennis identity.” More players, therefore, means heightened sense of who you are as a tennis player. 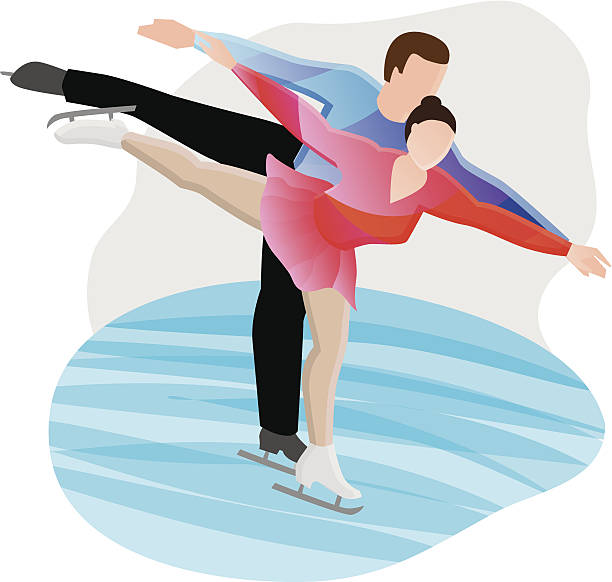 Pair Figure Skating. On the other hand, there are certain activities where having a consistent and constant partner helps you become a better player. Let’s call this the pair figure skating model. For many good figure skaters, they have to find a perfect partner to play with. Why? They have to somewhat match with their skills, technique, styles, personality, and their goals. The two figure skaters help each other build each other’s skills. If they were to play among a variety of different figure skaters, their skills won’t be honed and their craft at pair figure skating will be so diversified that they won’t be a master at pair figure skating, but continue to be a dilettante among these different skaters. Sure, you may capture a sense of certain moves that various people may do, but to become really skilled, it is best to stay with the one player so that your routine can get better and better.

But now let’s change the rules a bit, if I may. Suppose we went beyond the Olympic rules and the players could do any move, even the illegal moves. And let’s make it more risky where there is no routine; they have to improvise the moves. This may seem far-fetched, but let’s suppose it can be done. With the improvisation, the partner’s must really know each other very well in order to understand and respond to each other’s moves, style, technique, and body language. With this one particular person, you will know each other’s specific moves, and while the other person may know your own specific moves, there may be occasions where they may surprise you. They don’t want to perform the same moves over and over since that would be too predictable. But by learning how to play against you specifically, the other person has learned how to read your ice skating skills, and has learned how to understand what sort of moves you would do. By doing so, the other person may give you different challenges or do something different. There are many reasons why, but the main reason is that if the other person knows what you’re going to do, then the other person will do something different to spice up the moment. Maybe your partner has learned a new technique. Will it work? Maybe, maybe not. Perhaps you’ve learned how to move differently doing a death spiral which makes your overall movements more functional and efficient. Doing so makes the bodies more in sync with each other.

So why am I bringing up tennis players and pair figure skating? For those who have unrestricted sociosexual orientation, maybe they’re like tennis players in that they prefer having a diverse of experiences (which, in this context, means a diversity of partners) so that they not only hone in on their skills and craft, but to get a better sense of who they are sexually.  They may find the pair figure skating approach as either stifling, boring, monotonous, and/or limited. But more importantly for the purposes of this post, they see this lifestyle as limiting themselves where their identity and knowledge of their sexuality is…well, restricted. The diversity is not something that they prefer; the diversity is part of their identity in the same way as the essence of a virtuous tennis player is playing against multiple people. In a way, it’s much like having many friends helps one have a better sense of who one is.

For those who have restricted sociosexual orientation, maybe they’re like pair figure skaters in that they only want the one partner so that they can focus on their craft and skill. Having one partner and only one partner at a time means that they can put their focus and energy on just one person rather than multiple people. Indeed, trying to have muliple partners can be daunting because they would have to start over in learning about the other person but also about themselves in relation to this other person. They may look at the tennis player approach as a watering down of their experience, a way divesting to much of themselves into others rather than honing on their skills and reading another person’s body language in one person.

In both of these examples, this isn’t to say that one specializes and the other doesn’t. They both focus and specialize in developing their sexual self, but they do so in different ways, and they may consider the other side as not specializing in their self. The tennis player approach may see the figure pair skater approach as specializing, but only on a tiny specific thing, which is just a blip of knowledge. The figure pair skater approach may see the tennis player approach as a dilettante, or a jack-of-all-trades type without truly being a master.

In both cases, they may regard the other as not being the specialist and that their craft is the true specialist. My approach is that they are different sports, if I can stick with the analogy. Some people like the variety of tennis, others prefer just the one-to-one approach to pair figure skating. In both cases, they develop their skill and craft and form their own identity in their own unique ways. Both approaches, in other words, are not only reasonable, but valuable. It depends on what each person values, wants, and desires, and of the term is applied correctly, their orientation. Unrestricted or restricted approaches are two different types of developments of our sociosexuality. However, the restricted approach is considered better in our cultural understanding of sexuality. There is a hierarchy of relationships and sexuality and it seems that the monogamous, married, heteronormative approach is at the top. You can see this in Gayle Rubin’s famous article. But I want to give credence to the other side and suggest it has value. Again, this isn’t to say that the unrestricted approach is better. Indeed, it may be more risky since they are having many diverse sexual and relationship experiences, but it is what gives them a sense of who they are and a way to develop their identity. If that is what they are oriented toward, then the vital information that they need is more education, not stifling their experiences or shaming their desires.

Indeed, simply knowing about sociosexual orientation could be helpful for both restricted and unrestricted people. They not only will learn about their own orientation and give meaning to their experiences because they have a term for it, but they will also understand that other people’s preferences and desires are stemming from their orientation, values, and experiences. In many ways, this is a helpful understanding in that teaching this gives epistemic credence to the people of themselves and others. In the end, what’s wrong with that?

This was also published on medium.

I have just completed a visiting position as an assistant professor at Dalhousie University. My ideas are not associated with my employer; they are expressions of my own thoughts and ideas. Some of them are just musings while others could be serious discussions that could turn into a bigger project. Besides philosophy, I enjoy martial arts (Kuk Sool Won), playing my violin, enjoying coffee around town, and experimenting with new food.
View all posts by shaunmiller →
This entry was posted in Paper Topic, Sexuality, Sociosexuality and tagged Sociosexual orientation, Sociosexuality. Bookmark the permalink.