Posted on October 3, 2008 by shaunmiller 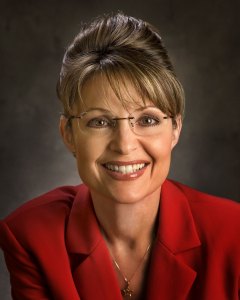 Gov. Sarah Palin has received a lot of heat for being really extreme on her view of abortion. Just to recap, Palin’s view is that abortion is impermissible except for cases where the mother’s health or life is on the line. This means that for Palin, abortion for rape or incest cases are immoral. This seems hard to swallow, even for Republicans.

I actually find Palin’s view consistent. I’ve never understood the position that someone is pro-life, yet the exception is rape and incest. Why so? Let’s see what Palin says:

“I am one to believe that life starts at the moment of conception. And I would like to see fewer and fewer abortions in this world.”

Ok, I’m assuming she means that it becomes a person at the moment of conception.  That’s fine, most pro-lifers agree.  So here’s why she’s consistent: if you believe that life (or it becomes a person) begins at conception, then that means taking away that life is still deemed wrong.  It doesn’t matter if it’s rape or incest (why should it?  After all, it’s still a person).  A being doesn’t lose the status of being a person because the situation was a bad one.  A person is still a person.

Thus, abortion is wrong because it kills a person according to the pro-lifers.  But I think that if they’re going to be consistent, they must agree with Palin, meaning that even in cases of rape or incest, it’s still killing a person.  Yes, it sucks that the situation has made the woman pregnant, but again, if you are defining life (or a person) at the beginning of conception, then you must take that definition and make it consistent with everything else.  And this means that abortion for rape and incest is still killing a person.

I have just completed a visiting position as an assistant professor at Dalhousie University. My ideas are not associated with my employer; they are expressions of my own thoughts and ideas. Some of them are just musings while others could be serious discussions that could turn into a bigger project. Besides philosophy, I enjoy martial arts (Kuk Sool Won), playing my violin, enjoying coffee around town, and experimenting with new food.
View all posts by shaunmiller →
This entry was posted in 2008 Election, Abortion, Ethics, Paper Topic, Politics. Bookmark the permalink.

5 Responses to Palin’s View on Abortion